Home  |  News   |  Address by the General Secretary of the Central Committee of AKEL S. Stefanou at the International Women’s Day event

Address by the General Secretary of the Central Committee of AKEL S. Stefanou at the International Women’s Day event

Women’s struggles have deeply marked the importance of the 8th March in the collective memory and historical consciousness and for that reason it does not need any special remembrance.

8 March exists to remind us that gender inequality is directly linked to the system of exploitation; that women continue to be doubly exploited, both as women and as workers.

The entire 20th century is filled with women fighters. Women fighters of the popular movement who, with the heroism, self-denial and militant spirit they showed in class and social struggles, managed to change society’s perception of the potential and role of women.

Looking back at the history of the women’s movement, we can confidently say that great strides have been made. Today, women live better than our mothers and grandmothers did, at least in the ‘developed’ – as it is termed – world.

The fierce collective struggles for gender equality and parity, the sacrifices made and blood shed have yielded results. But can one talk about real gender equality today, almost two centuries after the first women’s strikes were waged?

Many women today may have stopped working in factory sweatshops, with deafening noises and polluting gases like those women in New York’s tailor shops suffered. They may have rights they did not have back then, such as the right to be educated, to choose a partner, the right to vote. But we know all too well that today women are confronted with new forms of exploitation.

Women are the first victims of unemployment. Often motherhood is a factor in a woman’s dismissal or non-employment. Women are exposed to precarious forms of employment, with unregulated and fluctuating working hours that have really turned women’s lives subject to flexibility and levelled out working and leisure time. The liberalisation of working hours in the retail sector and shift systems in the service sectors primarily affect women from the low income social strata – those who need even the most meagre wage to survive and will do anything to secure it. How else can they meet the ever-increasing costs of everyday life? Rent, food, electricity, fuel, school fees for children and a whole host of other obligations.

At the same time, women face the gap in both pay and pensions. Sexism and gender stereotypes continue to prevail in society, dictating that women should be restricted to specific professions. If they manage to secure a job in so-called male-dominated lucrative jobs, they usually do not have the job promotion their male colleagues enjoy. This is not only because of stereotypical perceptions, but also because of the multiple responsibilities that a working woman has, which often holds her back from her professional obligations and make her the weakest link in the competition at work.

All this is intensified because of the neoliberal policies and concepts that have prevailed in many countries of the world, including our own over the last nine years.

The fragmentation of social structures and almost complete elimination of public childcare facilities are among the most acute problems young couples, especially women, face.

Every young mother is faced with the following dilemma: should she pay the EUR 400 of her EUR 800 salary to send her child to a private kindergarten, or should she stay at home to raise it?

On top of all this, there is the pandemic to bear in mind. Researchers have noted that the health crisis has particularly affected women. Women have been the first to suffer unemployment and been particularly affected by the conditions generated by teleworking. While working from home, women also fulfil the role of carer and teacher of children. This practice seems to have been particularly burdensome for women, even in cases where both parents worked from home.

In addition, being confined at home for protection against coronavirus was a double-edged sword for women who were forced to remain at home with violent partners. The World Health Organisation has reported an increase in cases of gender and domestic violence of up to 60% in some countries. In our country, the horrific problem of gender violence seems to be registering a 30% increase, according to the police.

On this opportunity, I stress again that as AKEL we always stand by the victims of all forms of gender violence. We express our solidarity with women who find the courage to denounce the violence they are subjected to, sexual harassment, rape and new forms of violence such as stalking and revenge pornography. We shall continue to work inside and outside Parliament to continuously strengthen legislation against gender-based violence and, above all, to ensure that it is implemented in practice.

We know first-hand that conditions for women in Cyprus have become particularly acute in recent years. The Anastasiades-DISY government has demonstrated many times that gender equality is at the bottom of its list of priorities.

At no stage of its administration has it prioritised any serious gender equality issues. Typical of this perception is the fact that the government has curbed and weakened the Istanbul Convention, projecting exemptions from its provisions and allocating a measly budget for its implementation.

The situation becomes even worse when we consider that the government’s non-friendly approach to women is being implemented within the framework of a broader socio-economic policy that is dismantling the welfare state, deregulating labour relations and undermining the rule of law with women as its first victims.

We know very well how difficult things are for single parent mothers who are struggling to bring up their children on meagre benefits, for elderly women, unemployed women and women with disabilities.

We know very well the way the government treats immigrant women living in our country, as well as women refugees and asylum seekers who live in miserable conditions in the migrant reception camps of Pournara and Kofinou.

AKEL will continue to struggle, together with the Women’s Movement of POGO, for equality and parity.

With proposals that serve the needs of women themselves and promote, among other things, policies to curb female unemployment.

With policies to combat inequality, to support the rights of young working mothers and strengthen their protection, to introduce a paid parental leave scheme, to introduce measures and create infrastructures to provide support for maternity as a social responsibility, to prevent and combat all forms of violence, to fully and effectively implement the Istanbul Convention.

At every opportunity we shall continue to reiterate that legislation is not enough. Legislation needs to be backed by budgets that render them implementable, coming out of government drawers and implemented for the benefit of society.

The real message of 8 March is only illuminated through the struggles, assertions and achievements of women, which are a constituent and essential part of people’s gains.

On the occasion of 8 March, we therefore address a militant invitation to all those women who are confronting on a daily basis a system that condemns them to unemployment, poverty and exploitation.

We call on you to take the path of collective struggle. The struggle that whether your name is Kleo, or your name is Katina (Note: both pioneering fighters of our women’s movement), Vilma, Elektra, Fanny or Embru, you have only one choice: to fight in an organized and collective way. For the many and the underprivileged. To fight to improve your own life, and the lives of everyone else, without ceasing to envision a world where gender equality is one of its key features. 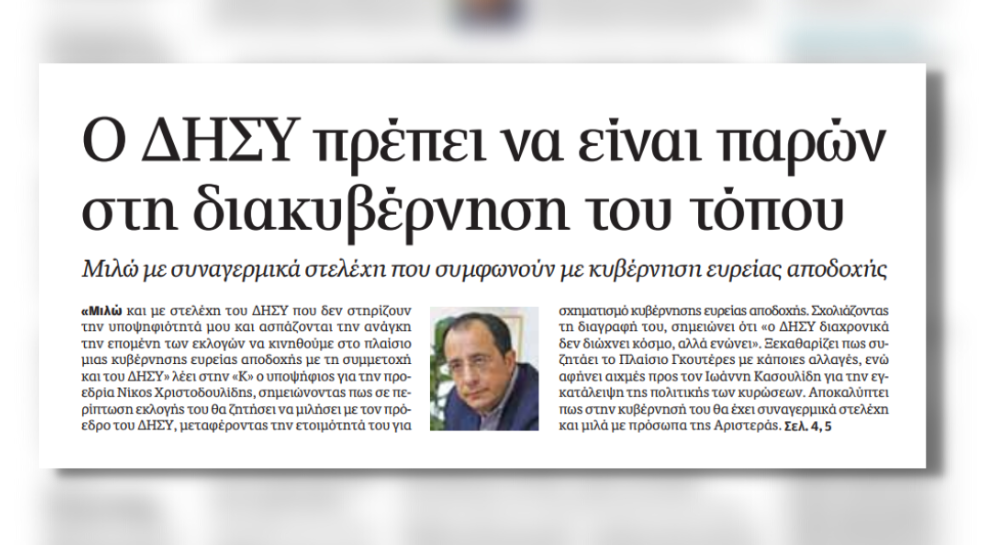