Home  |  News   |  Intervention by Elias Demetriou, member of the Central Committee of AKEL, at the ELP Euro-Mediterranean Meeting 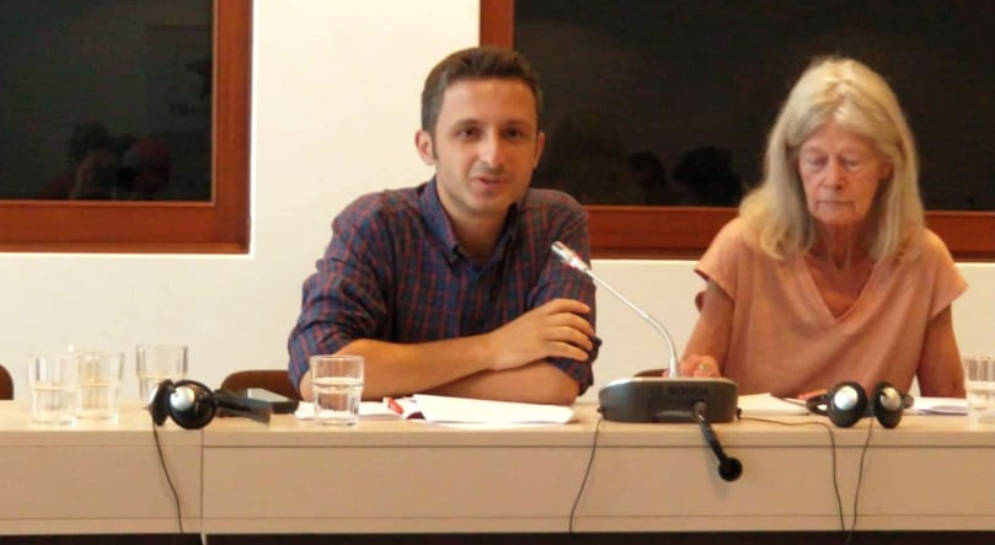 Intervention by Elias Demetriou, member of the Central Committee of AKEL, at the ELP Euro-Mediterranean Meeting

‘World Peace and People’s resistance in the Mediterranean: Challenges and tasks of the Left’

The war in Ukraine has undoubtedly aggravated even further tensions, provoked negative developments and intensified the problems of the peoples of the Eastern Mediterranean. The questioning of international law, the militarisation of international relations, the rise of the fascist far-right, the ongoing direct imperialist involvements and the socio-economic impact of the international sanctions imposed on Russia are key parameters influencing these developments.

However, particularly in our region, where international law has always been violated and the law of the mighty is imposed by force and war, these developments are exacerbating the new fait accompli that have been sought for years. To counter the brutal force of imperialism, solidarity with the peoples of the region, particularly those of Palestine, Lebanon, Syria, Iraq, Yemen and Sudan, must be expressed. It is the peoples of these and other countries who are now being called on to suffer the consequences of the international sanctions that have been imposed which are further exacerbating the existing problems.

Cyprus is no exception to the wider geopolitical plans and machinations in the region. Cyprus is the victim of long-standing geopolitical interests, particularly those of NATO. Today the further intervention and interference of NATO is being sought in our island. The Rubio-Menendez Act is the manifesto of the efforts to put our island under the control and subjugation of NATO which the right-wing Cypriot government does not hesitate to follow blindly. On the one hand, the territories of the Republic of Cyprus under the ongoing occupation of Turkey are being transformed into a base for military programmes such as CYCLOPS, which are supposedly aimed at countering the actions of “malicious regional actors” in the Eastern Mediterranean region.

On the other hand, the Cypriot government permits granting its territory to Israel for the waging of military exercises. The geostrategic importance of Cyprus with Israel is of course not unrelated to the fact that Cyprus’ territory resembles that of Lebanon and Iran, according to admissions by Israeli officials.

The latest incident of interference was US Under-Secretary for Political Affairs Victoria Nuland’s call for Cyprus to withdraw its Russian-made military equipment and hand it over to the Ukrainian army, which fortunately has not happened for the time being primarily due to the reactions of AKEL too.

At the same time, Turkey is trying to export its internal economic and political crisis into expansionist ambitions towards its neighbors. Interventions in Syria, involvement in the war between Azerbaijan and Armenia and the civil war in Libya, and the revision of its ambitions towards the Aegean Sea and the Exclusive Economic Zone (EEZ) of the Republic of Cyprus are the main examples.

As regards Turkey’s role in Cyprus, it continues its provocative violations both in the EEZ of the Republic of Cyprus and in the illegal opening of the enclosed area of Varosha, which violates the relevant Resolutions of the UN. At the same time, after imposing a puppet Turkish Cypriot leader in 2020 with unprecedented interference in the vote procedures, it has now shifted its position on the Cyprus problem, now officially, by raising the issue of a two state solution.

At the same time, it is seeking blatant interference in the occupied part of our island and in particular in the internal affairs of Turkish Cypriots. The aim is the political, cultural and demographic alteration of the Turkish Cypriot community. According to the latest protocol revealed between Ankara and the occupied territories, Turkey is seeking to impose restrictions on basic freedoms such as freedom of the press and expression. To promote privatisations by Turkish capital. To impose restrictions on the labour and political activity of trade unions. To promote the “naturalisation” and rights of settlers from Turkey. We shouldn’t forget that colonalisation constitutes a war crime. To impose ‘Islamisation’ through the education system, which historically has had a purely secular character. Of course, it should be noted that a significant section of the Turkish Cypriots are fiercely resisting these actions. The main role in this resistance is being played by the left-wing trade unions and political parties with which AKEL has historically maintained close relations.

In the midst of these developments, AKEL stresses the need for the two leaders of the two communities to return to the negotiating table and continue the discussion for a solution to the Cyprus problem on the basis of a Bi-zonal, Bicommunal Federation with political equality. More specifically, the dialogue must continue from the point where the negotiations had remained at the Crans Montana talks in 2017, when we came very close to reaching a comprehensive solution.

In the period ahead, AKEL is devoting all its energies into the battle for the upcoming 2023 Presidential elections with the independent candidate Andreas Mavroyiannis to achieve precisely this goal, together of course with the promotion of a progressive programme on socio-economic issues.

Address by the General Secretary of AKEL Stefanos Stefanou to the “Phylloshia” Festival, Arakapas village Square