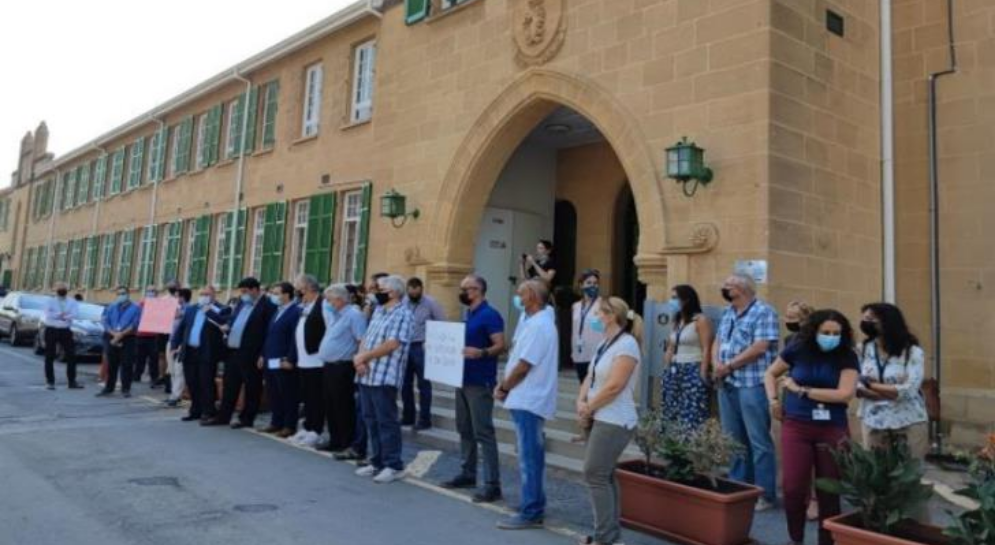 Statement by Christos Christofides, AKEL MP, after the meeting of the Parliamentary Education and Culture Committee

‘When the issue with the English School began to emerge we sent a letter to the Minister of Education calling for his intervention, foreseeing where this could end up.

There is a Board which operates with unprecedented authoritarianism. The initiation of the procedure for the suspension of the President of the trade union organisation in the English School is unprecedented by Cypriot standards, it is something which is reminiscent of the attitudes and behaviour of other regimes. The right to trade union organisation is sacred and guaranteed. The responsibility now lies with the President of the Republic, who appointed the Board of the English School. This Board of management has caused a huge disruption in the school. It is victimizing students and their parents and created an incredibly bad atmosphere with teachers. This situation cannot continue in this way. There needs to be immediate intervention by the person who appointed the Board and also has the political responsibility so that a way forward can be found.

At the same time there is a very big question as to the status of the school.  The school is subsidised to the tune of many thousands of euros by the taxpayer and the state, but is not accountable to anyone. This state of affairs in our view cannot continue.

But the first thing that must be done is to solve the crisis. The suspension of the President of the trade union must be revoked immediately and the Board, within democratic frameworks, must begin a serious and in-depth dialogue with the teaching staff. There is no other way. And since it seems that the Board is not prepared to do so, the intervention of the President himself is now necessary.

Statements by Giorgos Loukaides, AKEL Parliamentary Representative on the visit of an AKEL delegation to the Cyprus Electricity Authority (CYTA)