Home  |  News   |  Meeting of the General Secretary of the C.C. of AKEL with the Pancyprian Confederation of Federations of Parents’ Associations of Public Secondary Schools 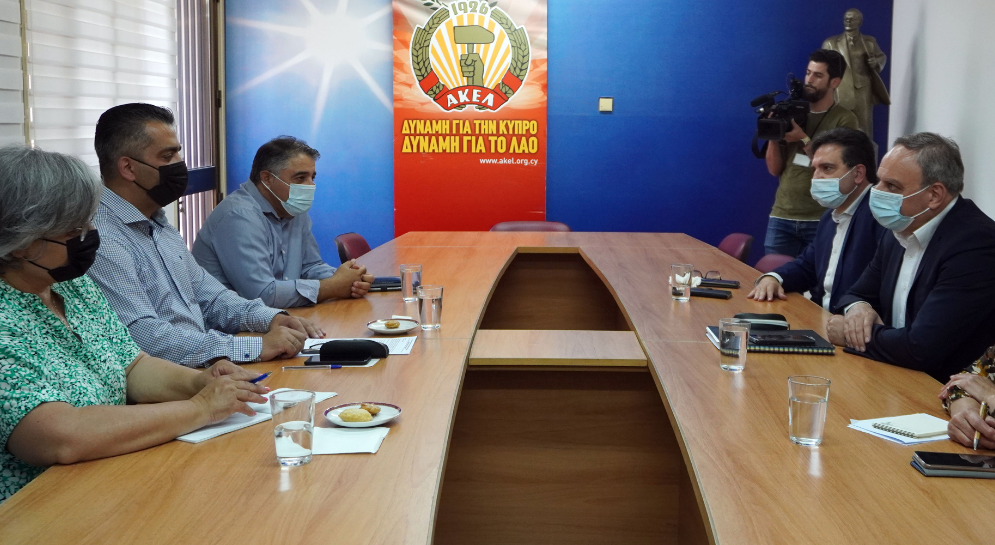 Meeting of the General Secretary of the C.C. of AKEL with the Pancyprian Confederation of Federations of Parents’ Associations of Public Secondary Schools

The General Secretary of the Central Committee of AKEL, Stefanos Stefanou, had a meeting today with a delegation from the Pancyprian Confederation of Federations of Parents’ Associations of Public Secondary Schools. The AKEL delegation included Christos Christofides, AKEL MP and Head of the Education Policy of AKEL’s Central Committee.

During the meeting, the serious problems afflicting public education were discussed, most notably the four-month exam system and its impact on useful teaching time, the increase in private tuition classes, the pressure it creates on teachers and the stress it generates on school pupils.

Stefanos Stefanou reiterated that AKEL had from the very outset disagreed with the introduction of mid-term exams and, more generally, with the government’s concept of an exam-centred school, which has nothing to do with the modern methods of evaluating school pupils that are being applied in other European countries.

As the General Secretary of AKEL noted, AKEL’s vision is that children should be happy at school, be able to develop their critical thinking and cultivate their skills. The education system should be for the benefit of pupils and society, and this is the aim of the proposals submitted by AKEL, both inside and outside Parliament.

The government's incompetence on price increases confirmed by the EU