Home  |  News   |  Interview of Vera Polycarpou, Head of International Relations and European Policy of the Central Committee of AKEL, on ”Astra” radio on developments in Iran 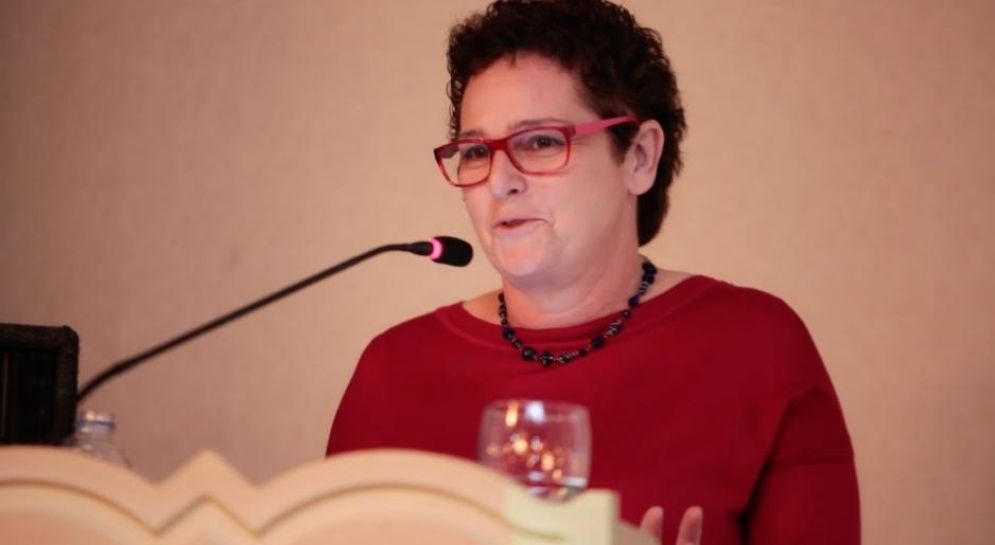 Interview of Vera Polycarpou, Head of International Relations and European Policy of the Central Committee of AKEL, on ”Astra” radio on developments in Iran

ASTRA: How does AKEL view the recent developments in Iran?

VP: We should start by denouncing what has taken place that resulted in the death of Masha Amini. The mere existence of a “Morality Police”, which was established in 1981 in Iran, that arrested a young girl just 22 years old and abused her because allegedly some hair was visible under her headscarf and ended up dead in the their hands as a result of the beatings, is not something anyone can accept. Furthermore, this is something that isn’t accepted first and foremost by the Iranian people themselves, primarily by the women of the country; because for such a “Morality Police” to roam the streets and arrest people over a dress code, to drag and insult people’s dignity, is totally unacceptable.

We have been informed that many people, mainly women, young girls, commit suicide after such an experience because they bring them to a centre supposedly for training where they supposedly show them how they should dress with a hijab etc but this eventually ends up in women being abused and beaten.

For that reason the principal demand put forward and projected by the ongoing mass demonstrations and protests underway in Iran over the past few days is the dissolution of this “Morality Police”.

The second demand of the mass movement is to stop the use of live bullets against demonstrators. As I have said these mobilisations started from the region where Masha Amini came from, namely the areas of Iran populated by Kurds which as you know boarders with Turkey and in that northern part all the markets have remained closed these days.

ASTRA: It appears that today the internet has been shut down in Iran…

VP: Yes, in some regions it simply operates very slowly, while in others it has indeed been shut down. After the speech of the Iranian President Ebrahim Raisi at the UN General Assembly the police acted and attacked the demonstrations. In the city of Saria in the north of the capital Tehran mass mobilisations have been organised by women who took off their headscarf (hijab), whilst other women cut their hair. This is proof that such behaviour towards the people isn’t being accepted any longer…

ASTRA:  Quite a few videos show that there’s a lot of men participating in these protests, expressing their support towards women…

VP: Its indicative when you see the pictures that the majority of the protesters in the streets are indeed men. Mass mobilisations have and are taking place, for example, in the University of Tehran by students who are demanding both the dissolution of the “Morality Police”, but also fundamental changes in the country in general. They can no longer tolerate this whole situation…

ASTRA: Are we therefore talking about Islamic law?

VP: Yes, and the imposition of this law and the way it is enforced, as well as the lack of democracy they feel. At the same time we mustn’t forget that mass popular mobilisations were also organised in November 2019 because of the sharp increase in the price of petrol.

There is a truly mass popular movement in Iran which isn’t mentioned abroad. For example, the struggles waged by the trade union movement, the movement of drivers primarily lorry and truck drivers, which is precisely why the first protest in Tehran was organised by the drivers who were honking their horns in the city in solidarity and then the protests subsequently began in the regions populated by Kurds.

A very sensitive situation is developing in the country which the government must take very seriously into account in my view looking at things from afar because the United States are lurking and threatening to invade the country. It’s a very sensitive situation because in regions on Iran’s borders with other countries such as Baluchistan, with Azerbaijan, the south of the country where Saudi Arabia exercises great influence, they are waiting for such a situation of instability to develop so that they can provoke further damage in the country.

That’s precisely why I consider that the logic demands, the elementary respect towards the people with the dissolution of this Force and the non-repetition of such actions, as well as stopping the  use of live bullets is essential; because yesterday they attacked the people and already we are talking about 9 people killed so far. If the mobilisations intensify these numbers will increase. For that reason, these are the two minimum demands so that respect is shown towards the people.

ASTRA: Let’s see if the people will eventually manage to overthrow this regime…

VP: As far as we are concerned this is clearly an issue that is for the Iranian people to decide. We stand against any foreign intervention whatsoever in Iran, or anywhere else for that matter. It is their own issue to solve. What we support is elementary democratic and human rights for women – since we are talking about this matter – and of course for all the people who are living and struggling in this country.

Wiretapping/surveillance case: AKEL's proposal approved – The issue will be discussed in the Parliamentary Legal Affairs Committee