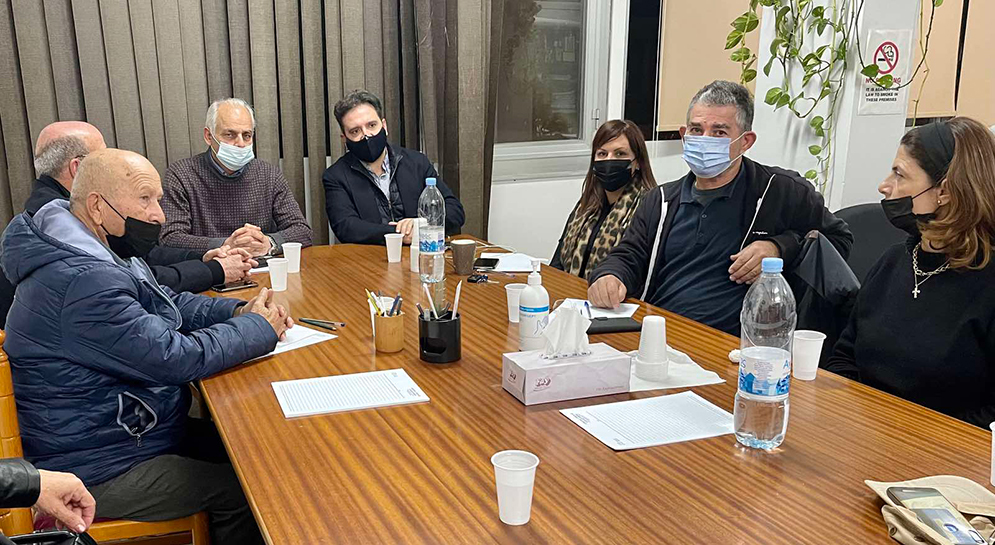 The subject of the meeting was the difficult situation that has been created in the area, due to the overcrowding of migrants who have been transferred to the “Pournara” reception centre and who are living in miserable conditions. There was agreement that the essence of the problem is the presence of 2,500 to 3,000 people in a place that can accommodate a maximum of 600 people. People are literally living on the street or in tents in the mud and rain, often seeking food, warmth and employment in the surrounding area. This creates anxiety and other problems in the surrounding area. At the same time, the Community Council highlighted the lack of policing of the wider area and the inability to deal with the transport and exploitation of migrants.

There was also agreement that racism does not solve any problems, but creates many others. On the part of the AKEL delegation, it was stressed that the problem will be solved by the correct functioning of the “Pournara” accommodation centre with the numbers it can accommodate and by maintaining humane living conditions.

The responsibility lies with the government and the Interior Minister who, without any planning, have led the situation in “Pournara” to unacceptable levels. Serious problems and omissions also exist in relation to the broader handling of the migration issue by the government ruling forces.

AKEL bids farewell to the "maestro of peace" Lena Melanidou

Your struggle shows the way and gives us courage