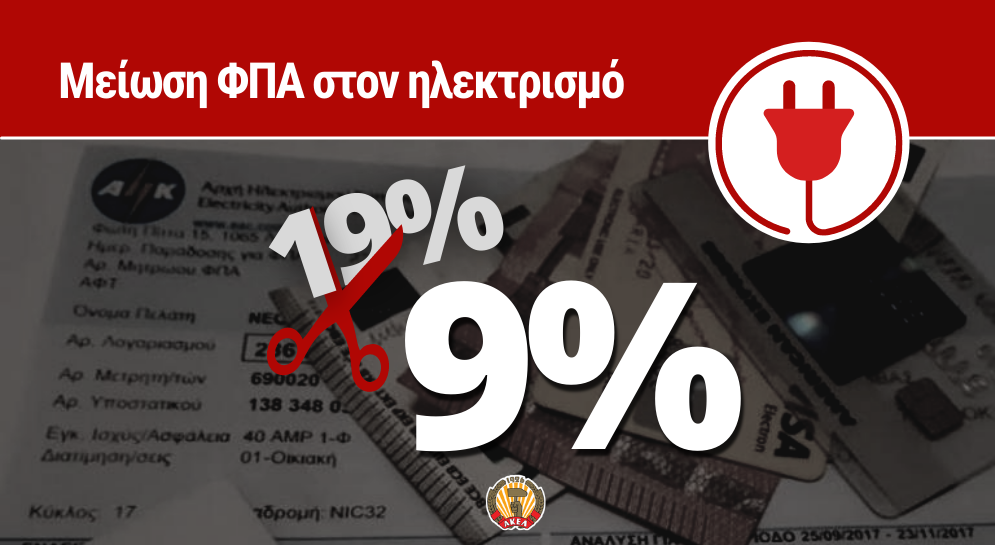 The Anastasiades-SYRIZA government has opted to refuse the proposal submitted for a reduction of VAT on the price of electricity from 19% to 9%. However, it should be aware that its refusal is not directed at the opposition, but at society as a whole.

The proposal tabled by AKEL and the other opposition parties is proportionate, realistic and can be implemented immediately. That is precisely why it is already being applied in other countries across the European Union.

The Government has a duty to take up this proposal and raise it officially before the European Commission for approval.

If the government doesn’t want to wage this battle, it must stop hiding behind meaningless excuses and take full responsibility for its inability to support society. This won’t, after all, be the first time.

Speech by the General Secretary of the C.C. of AKEL Stefanos Stefanou in the debate organised by AKEL and the LEFT GUE/NGL Group in the European Parliament

Statements by General Secretary of AKEL K.E. Stefanos Stefano after the meeting with the Co-Presidents of the GUE/NGL