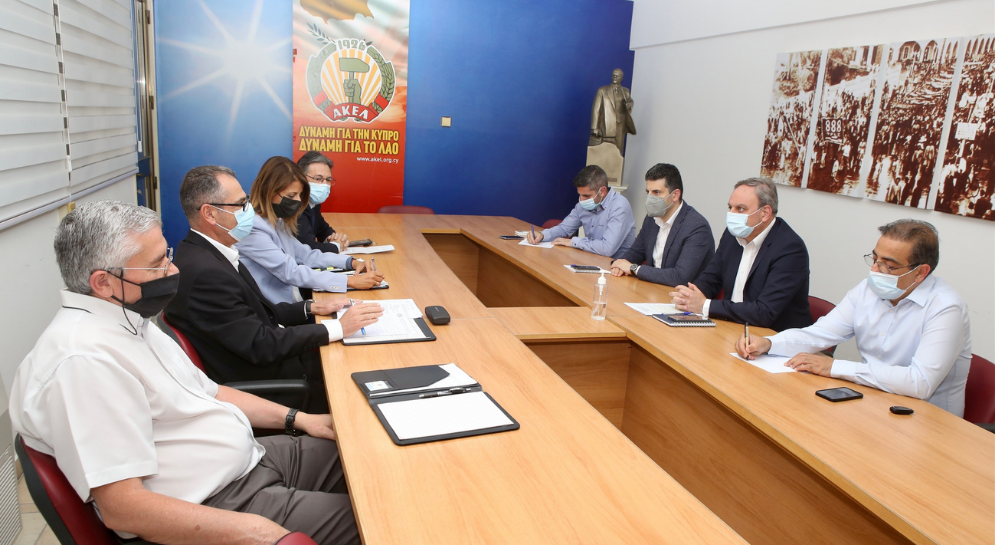 The General Secretary of the C.C. of AKEL, Stefanos Stefanou, met today with ETYK on issues affecting working people in the banking sector. In particular, the developments at Hellenic Bank were discussed, following the unilateral decisions taken by the Hellenic Bank’s management to lay off staff.

It is the depositors and borrowers, as well as the working people in the banking sector, who are paying the price for the arbitrary behaviour of the boards of the banks, which is unfortunately tolerated by the government, through over-indebtedness and erroneous banking practices. Today it is the bank employees of the Hellenic bank, yesterday it was the employees of other banks and tomorrow it is very likely that others will follow.

The arbitrariness that we see today is also being strengthened as a result of the over-concentration of the banking sector, which does not contribute to the operation of a stable and reliable banking system capable of effectively financing the needs of society and the Cyprus economy.

As a matter of principle, AKEL insists on the protection of working people and the respect for collective agreements. It calls on the government to mediate, so that room is given for a meaningful dialogue, without the issuing of any threats and blackmail.

AKEL on the International Day against Homophobia