Home  |  News   |  Greeting of General Secretary of the C.C. of AKEL Stefanos Stefanou at the rally to denounce price hikes 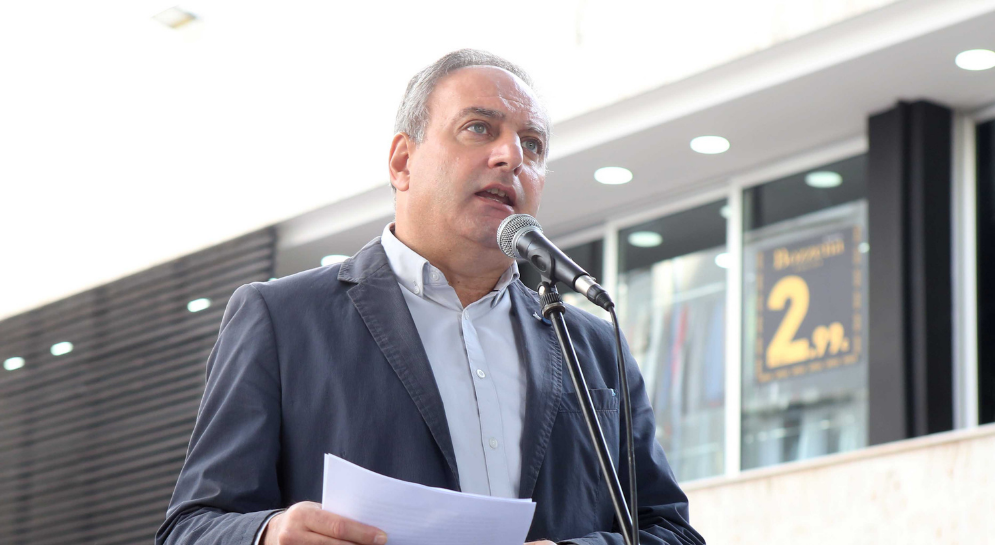 Greeting of General Secretary of the C.C. of AKEL Stefanos Stefanou at the rally to denounce price hikes

Today’s rally demands what should be self-evident.  It is demanding that the government at long last act to protect consumers, households and SME’s from the ongoing sweeping sharp price hikes.

No one disputes that price hikes are an international phenomenon. But the government’s incompetence and erroneous decisions have made the situation much more pressing and difficult. Furthermore, we note the government’s unwillingness to move in a timely and effective manner.

The price of electricity is rising rapidly. If the government had brought in natural gas for power generation purposes, which it has been promising to do for years, things would be better today. The EUR 300 million for pollutants would not have been a burden on consumers’ bills – on the bills all of us are paying!

The government ruling forces have also proved to be incompetent on the issue of the penetration of renewables. Consumers, society and the local economy are also paying the cost of the government’s incompetence.

The government has also handled the issue of grain wrongly. It permitted the Cyprus Grains Commission to go bankrupt, discredited it, closed it down and left producers and the market at the mercy of the oligopoly that has been formed. This is a longstanding government policy that has led to monopolistic or oligopolistic situations in critical for the economy and society sectors. Whether or not we blame the Anastasiades-DISY Government for incompetence or serving expediencies, the result is the same: the majority of society is suffering, the Cyprus economy is being pinned down under the weight of price hikes.

AKEL, the biggest opposition force, hasn’t stopped exerting pressure for problems to be solved and measures to be taken. The European Commission is recommending a series of measures and tools to its member states to deal with price hikes. One has to wonder, where – if it really wants to do so – is our own government and what is it doing to help people?

We call on the Anastasiades-DISY Government to at long last understand people’s problems, to get out of its small shell and out into society where the many are suffering, where the many are trying to make ends meet, and to take targeted measures to relieve households and to help the economy.

Since the government of the DISY ruling party isn’t doing so, AKEL has taken concrete actions in this direction. We submitted a proposal to Parliament to reduce VAT on electricity from 19% to 9%. This will alleviate the problem and help households and the economy. Our proposal has already been embraced by almost all political parties and is expected to be voted through in Parliament.

In addition, we have tabled other specific proposals. Among them are the demands we have set out in today’s rally. The full reinstatement of the Automatic Cost of Living Allowance as a mechanism to restore the purchasing value of wages, the increase in welfare allowances to offset the increased cost of living, the utilisation of the mechanism of imposing a cap on essential goods/items to protect against price hikes and the operation again of the Cyprus Grain Commission by the state in order to create the necessary strategic stocks and reserves of grain.

We don’t claim that our proposals will magically solve the problems. But it is incumbent on the Government to take them into serious consideration because this situation is not going to be a temporary one. We, as the force that cares about the common and working people, the vulnerable groups of the population, pensioners on low pensions, and young people who need the support and solidarity of the state, will continue to put forward proposals and demands, putting pressure both inside and outside Parliament for measures to finally be taken for the many, for those in need.

In cooperation with the class-based trade union federation of PEO, but also with other organizations and movements, we shall continue to struggle:

– For relief measures to assist consumers

– For measures to combat price hikes

– For the implementation of policies to provide meaningful solutions.

Together we can move forward again!

Speech by the General Secretary of the C.C. of AKEL S.Stefanou at the 14th Congress of the Women’s Organisation of POGO