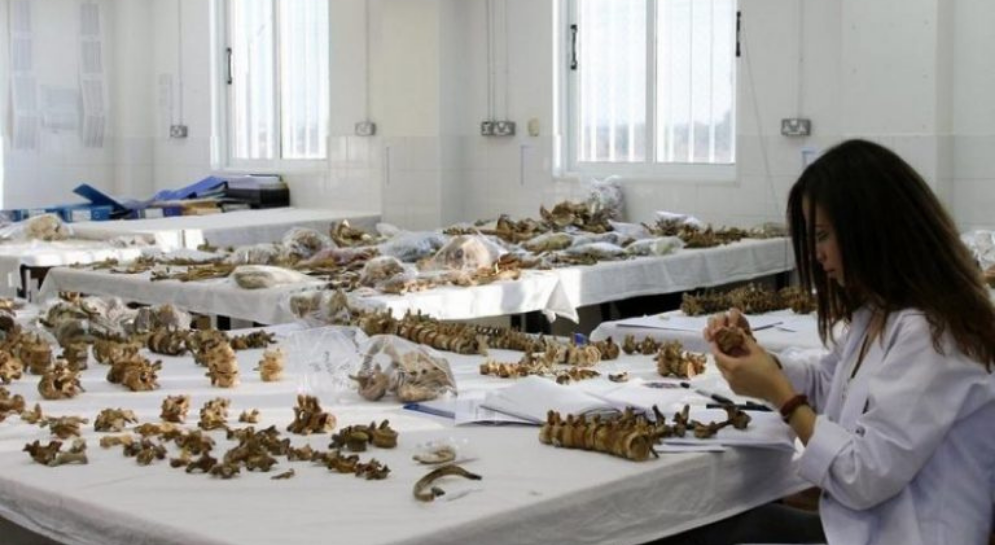 Statement by AKEL MP Nikos Kettirou and Chairman of the Parliamentary Committee on Refugees, Enclaved People in the occupied areas, Missing persons and War-stricken people

We discussed today in the relevant Parliamentary Committee the issues concerning the missing persons and the effort being made to determine their fate through the programme of the Committee on Missing Persons (CMP). We examined developments on the chapter on the movement of remains from mass graves, such as that of the inhabitants of the village of Assia from Ornithi to Dikomo, Kontemeno, Strongilos, Kornokipos, Lapithos, Angastina and Ayios Hilarion. These are war crimes that were committed on the part of the Turkish army and there is indeed information about these movements.

Remains of bones have been found from these movements. The tragedy of the case is that 2,500 of these remains are in dusty bags in the CMP Anthropological Laboratory and have not been identified, to the point of giving relatives a tooth or three bones from a palm for the funerals of the heroes. This is an unacceptable which becomes even more offensive when the reason for not proceeding to make the relevant identifications is the financial cost. A cost of no more than EUR 1.5 million.

After a lot of pressure that was exerted, the executive power has today committed itself to finding the means and the money to proceed as soon as possible to identify all the remains. In AKEL’s understanding, this is not some favour to the missing persons, the fallen and relatives themselves. It must be a top priority of the state.

The second issue that we have considered is the establishment of the mechanism for the reimbursement of compensation awarded by the European Court of Human Rights (ECHR) to relatives of missing persons and enclaved people in the occupied areas. The ECHR judgment dates back to 2014 and for 8 years now, no legislation has yet been prepared regarding the mechanism for the disbursement of these reparations. The same time as we are rightly demanding that Turkey pays the reparations, the government has not implemented and enforced the state’s own obligations.

Today, as we have been informed, the legislation has not even passed through a legislative and technical scrutiny and is currently being submitted to the Ministry of Finance for opinions.

Pressure from the Parliamentary Committee on Refugees, Enclaved People in the occupied areas, Missing persons and War-stricken people will be exerted, but there pressure should also be put from the relatives, so that some people sitting behind desks will assume responsibility and bring the bill to Parliament.

AKEL Koukoumas: One of the greatest deceptions of the people

The government ruling forces were organising fiestas on East Med