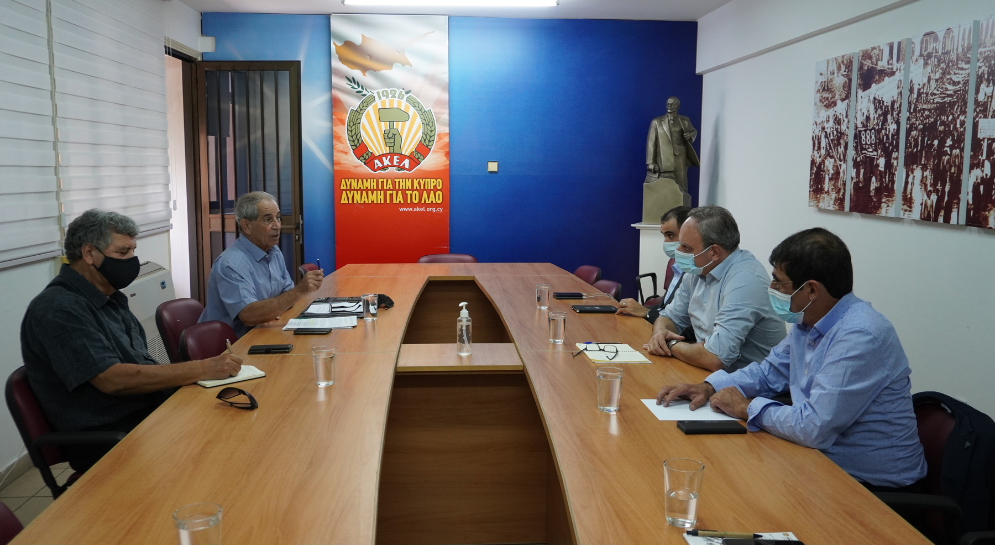 A delegation of AKEL, headed by the General Secretary of the Central Committee of AKEL, Stefanos Stefanou, held a meeting today with a delegation from the Cyprus Consumers’ Association.

The issues discussed during the meeting were price hikes/cost of living, the promotion of concrete and immediate measures for the relief of vulnerable groups of the population and the need to confront profiteering.

The meeting discussed the proposals that AKEL’s Bureau on economic affairs is elaborating to address the above problems.

The AKEL delegation also included the member of the Political Bureau of the Central Committee of AKEL and Head of the Economic Affairs Bureau Haris Polycarpou and AKEL MP’s, members of the Parliamentary Trade Committee Giannakis Gavriel and Andreas Pashourtides.

The delegation of the Cyprus Consumers Association at the meeting included its President Marios Droushiotis and member Andreas Pavlikas.

The 2021 “Costas Lymbouris and Niki Georgiou Award for Contribution to Sport” of the C.C. of AKEL awarded to Loukas Kalogerou and Nikos Yatrou

Comprehensive strategic planning is needed for tourism to recover