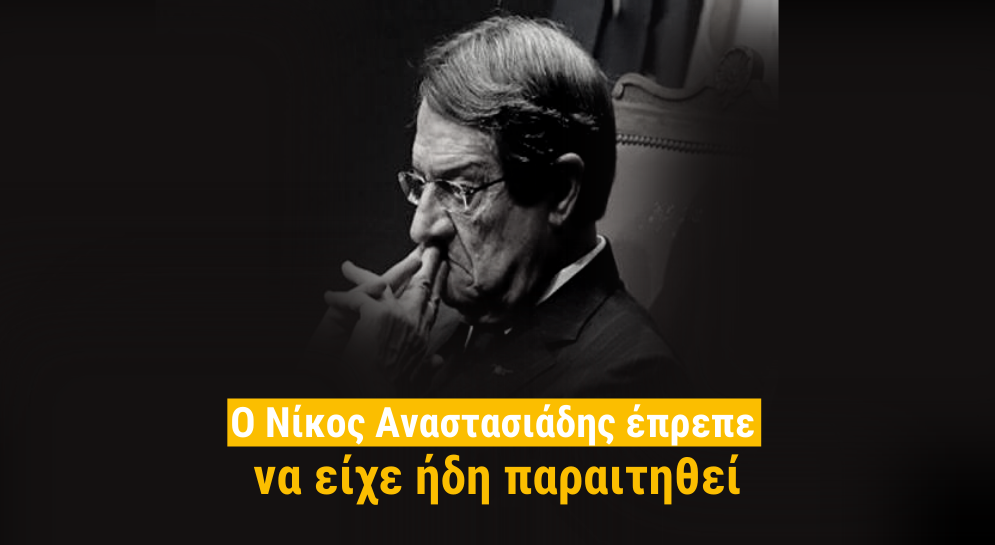 Nicos Anastasiades should already have resigned

The reference to Mr. Anastasiades by name in the resolution approved by the European Parliament yesterday came on top of all the cases of entanglement/interwoven interests and conflict of interest that weigh against him all these years.

All Europe is talking about it. Instead of being the country’s defender abroad, the DISY government has become the shame of the country.

The ruling DISY party and its President Averof Neophytou have become accomplices in the disgrace of our country, attempting in vain to block the debate on Pandora Papers. The DISY Members of the European Parliament were completely and humiliatingly isolated yesterday, given that they were the only MEP’s – even from the European People’s Party – who dared to vote against the Resolution on the Pandora Papers.

AKEL is taking the initiative to mobilise society, citizens and organised groups/movements to defend our country’s dignity and the rule of law.

Meetings of former General Secretary of AKEL A.Kyprianou with focusing on the Cyprus problem