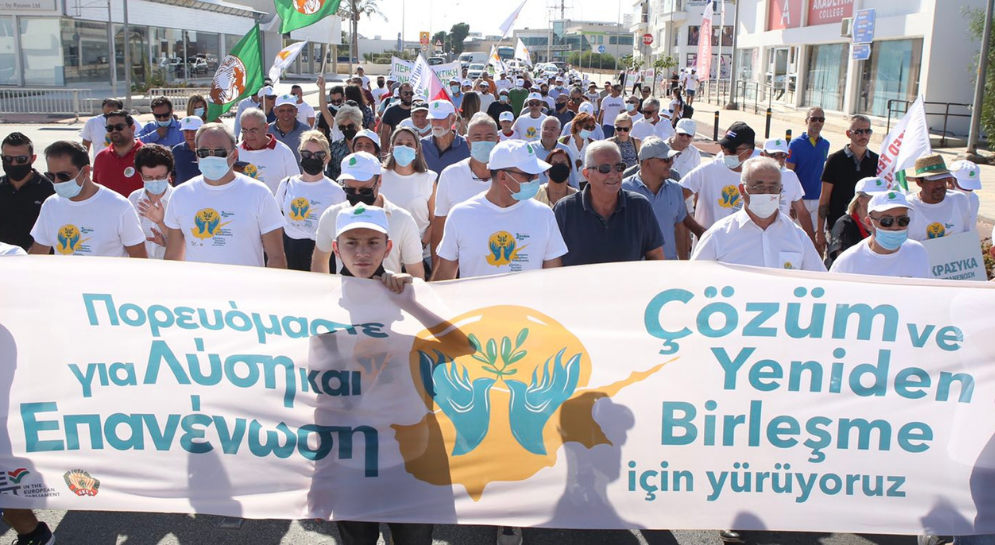 Yesterday’s march sent a strong message in favour of reunification

Yesterday’s mass march to the Deryneia checkpoint sent a strong message in favour of the solution of the Cyprus problem and reunification of Cyprus. The thousands of Greek Cypriots and Turkish Cypriots who marched together yesterday demonstrated that they will never accept the permanent partition of our homeland and the two state solution the Erdogan-Tatar duo are demanding. The thousands of Greek Cypriots and Turkish Cypriots demanded a solution on the agreed basis and framework, the resumption of talks from the point where they were interrupted in 2017, the commitment by all to the Guterres Framework and the convergences agreed by the two communities all the previous years.

AKEL greets all those who participated in the 3 October march. It salutes the political forces, trade unions, movements and citizens from both communities. The former President of Cyprus, Giorgos Vassiliou and personalities from our political life who addressed a call of anguish about the disastrous course developments have taken on the Cyprus problem. The Group of the Left in the European Parliament, the Co-President of whom expressed the Group’s solidarity with the struggle Cyprus is waging against the Turkish occupation and colonisation of Varosha. AKEL greets the Communist and left parties all around the world who joined their voices with ours for a free and united Cyprus.

The success and mass participation in yesterday’s march at the same time also gave a sharp and powerful answer to those forces and circles on both sides of the barbed wire of division who unleash smears and slanders talking about “diminished patriotism” against AKEL and all Cypriots fighting for a solution to the Cyprus problem. Patriotism is to struggle for a solution, freedom and reunification not to compromise with the disastrous path towards partition and dangerous “new ideas” that are being promoted from the back door.

Statements by the General Secretary of the C.C. of AKEL S.Stefanou after the National Council meeting