Home  |  News   |  Statements by the General Secretary of the C.C. of AKEL Stefanos Stefanou on the meeting with the Pancyprian Coordinating of School Pupils (PSEM) 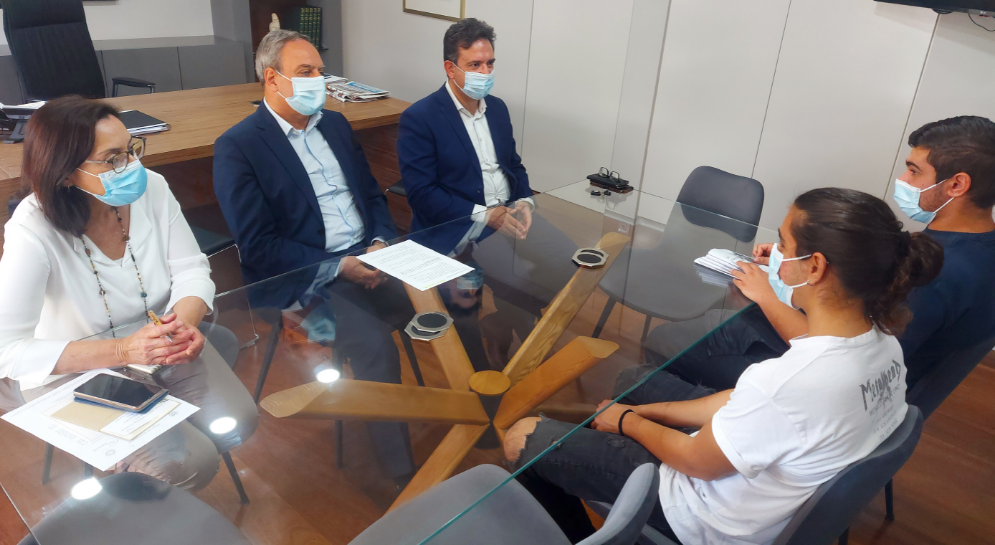 Statements by the General Secretary of the C.C. of AKEL Stefanos Stefanou on the meeting with the Pancyprian Coordinating of School Pupils (PSEM)

Today we welcomed a delegation from the Pancyprian Coordinating Committee of School Pupils (PSEM) to our central offices, with whom we discussed important issues of concern to our pupils and the education system.

The PSEM delegation handed us the positions approved by the 22nd Pancyprian Congress of PSEM. PSEM has carried out serious work and when one refers to its Congress positions, one immediately gets a very comprehensive picture about the numerous problems that exist. Quite a few of these problems are longstanding.

Currently the issue that is burning is the government’s quarterly exams system. This has been the subject of much debate for a number of years. AKEL, from the very beginning, stressed that this practice of exams would set the education system back because instead of addressing the existing problems, it will multiply them. These problems have indeed multiplied. Besides, everyone – educational organisations, school pupils and parents – admits this, while the academic community points out the multiple problems this system provokes.

The problems have intensified because in recent years, due to the coronavirus, there has been a special situation created in the field of education as well, with the result that the pupils from the third grade of High school, the seniors, fall victims to this situation. The four-monthly exam system has increased the pressure on pupils and for private tuitions because this system is turning the whole process into a very competitive one.

Instead of our education system putting the emphasis on encouraging creativity and the procedure of learning, so that our young people acquire both critical thinking, but also the ability to work with knowledge, to analyse it and to put it into real life, the whole process has become a process where pupils engage in memorising knowledge, something which eventually goes all the way right up to the examination process. That is to say, those who succeed succeed, while those who fail eventually face numerous consequences along the way too.

AKEL considers that this system must be abandoned and that we should discuss the introduction of a new evaluation system modelled on modern education systems from advanced countries, which have gradually decreased the educational programme of both teaching hours and examinations, while emphasising the creativity of the educational procedure and the creativity of thought. Instead of pursuing the path of advanced educational countries, the government is moving in exactly the opposite direction.

We discussed with the delegation of PSEM other issues too and problems that exist in education, such as the operating rules and the question of logistical infrastructures.

I would like to refer to an issue that is topical because of the high cost of living and price increases. Namely the issue of bus fares and the transport of pupils. It is unacceptable that since last March, PSEM has written to the relevant Minister, the Minister of Transport, requesting a meeting with him to discuss precisely this issue. Despite the assurances that have been given from time to time by the relevant Ministry, so far the Minister or some Ministry official has not met with PSEM to discuss an issue that, I repeat, is very topical and pressing.

We all know how much pressure is being put on households because of the increases in the price of essential goods. One of these is the increase in pupil’s bus fares. I call on the Minister to at long last meet with PSEM and together we can discuss ways to address the increase in bus fares. It’s imperative that this meeting takes place.

From there onwards, I wish the PSEM delegation all the very best in their work and exams, to achieve good grades. At the same time I’d like to say that PSEM is doing a very good job representing the school pupil’s movement, highlighting the problems that exist and that need to be solved.

When we talk about pupils, when we talk about young people and students, we are in reality talking about the future of our country. And that’s precisely why we should invest in that future with consistency and continuously.