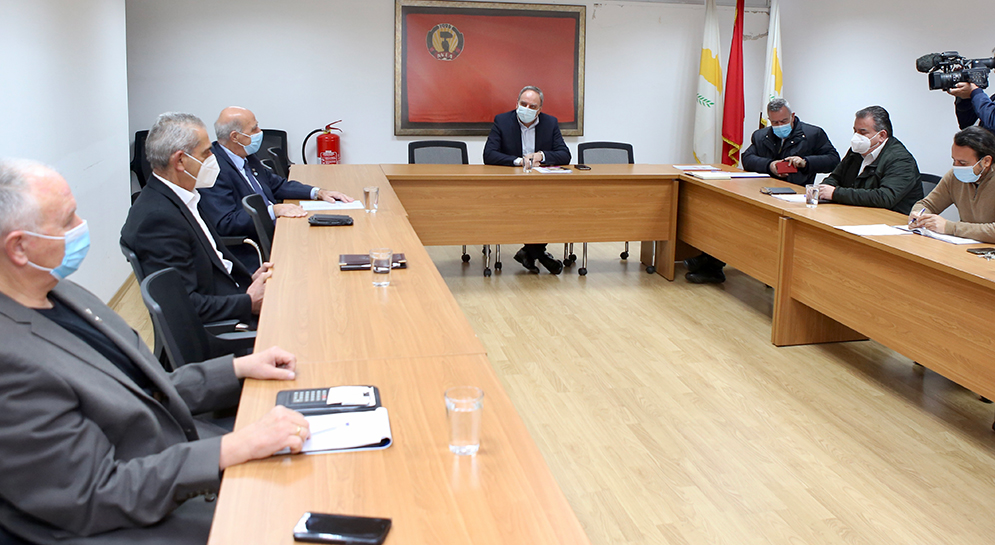 An AKEL delegation, headed by the General Secretary of the C.C. of AKEL Stefanos Stefanou, had a meeting today with a delegation from the Association of Retired Officers of the Cyprus Army.

During the meeting, a broader discussion took place on defence matters.

On AKEL’s part, Stefanos Stefanou reiterated AKEL’s position on the existence of an effective defence system, which acts as a deterrent within the context of the peaceful struggle we are waging for the solution of the Cyprus problem.

AKEL briefed the Association about a study that has been prepared for the utilisation of retired and resigned members (officers and non-commissioned officers) of the National Guard. AKEL’s proposal was recently submitted to the Minister of Defence.

Issues concerning the understaffing and downgrading of the National Guard’s personnel were also raised during the meeting.

Electricity consumers pay every two months not once, but twice for the government's incompetence