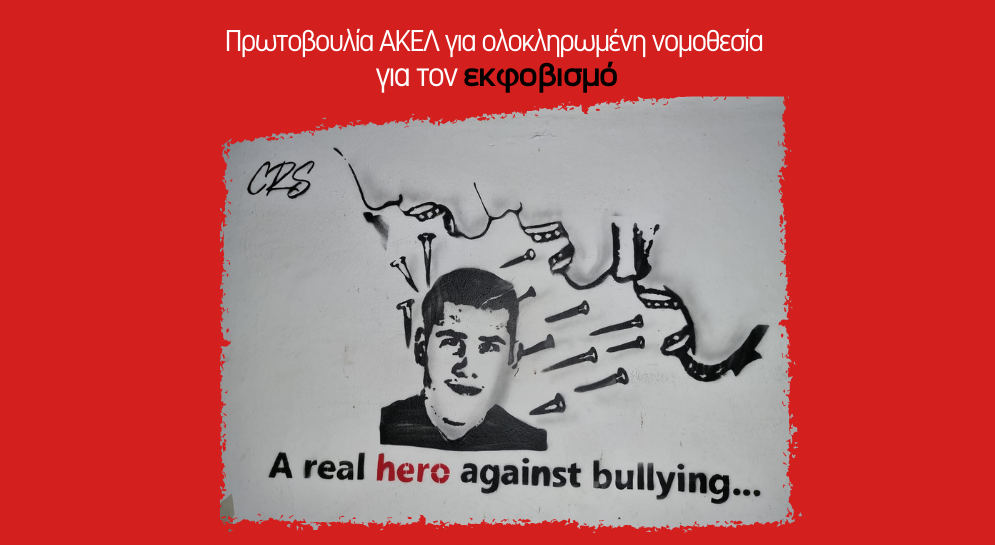 AKEL is taking an initiative for the formulation of a new modern, comprehensive and effective legislation on the phenomenon of bullying, which affects hundreds of people – and especially children and young people – in various social areas to an alarmingly increasing degree.

Although often focused on school grounds, bullying has been identified by the World Health Organisation as a “major public health problem” not only in schools, but in society in general. Sport, the workplace, the military, prisons, the family, the social environment and the internet are also areas where bullying occurs.

AKEL’s initiative includes a broad consultation with state and social bodies/agencies, the scientific community and other professionals, as well as drawing lessons from international legislation and practice on the issue. The goal is for this process to result in the drafting of comprehensive legislation on bullying, support for victims, handling of culprits, the responsibilities of witnesses and so on.

AKEL believes that the whole of our society can and must rally around the goal of combating bullying in all its forms.

AKEL will continue to fight for the relief of vulnerable groups, workers and households