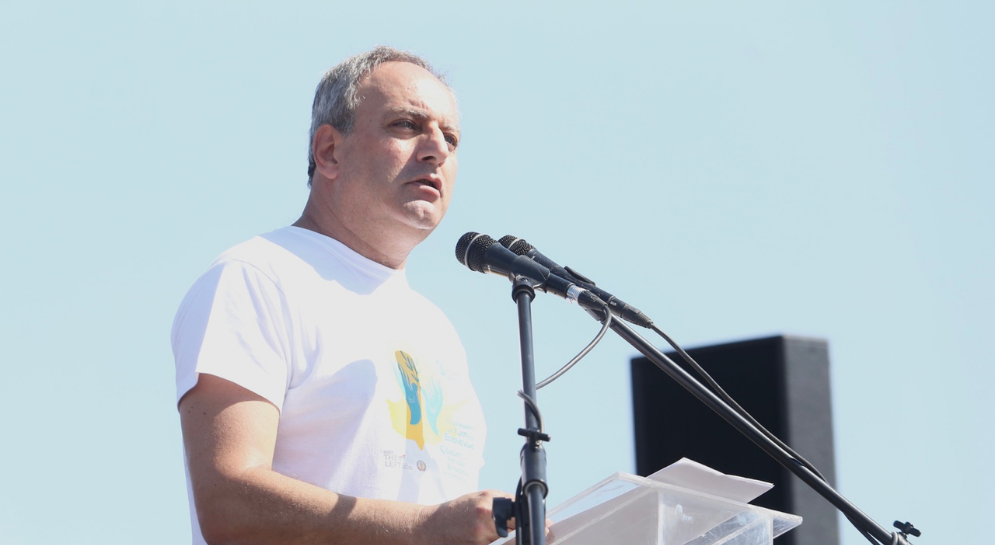 “But given that Turkey is behaving provocatively and intransigently and is now openly talking about a two state solution, what do you in the end want the President to do?”

This is a logical question. Turkey is a powerful regional superpower. However, it isn’t invincible if there a clear strategic goal exists and consistent tactics are pursued to achieve it. This is where Mr. Anastasiades’ handling of the situation falls short.

No one denies that the principal and decisive factor for the non-solution of the Cyprus problem is Turkey itself. Without the solution, Turkey is gradually but surely consolidating its occupation through the policy of colonisation and the selling off of Greek Cypriot properties in the occupied territories, the change in the demographic composition and secular character of the Turkish Cypriot community, as well as by submitting in the minds of everyone within the Turkish Cypriot community that “your Motherland is here”. The works in the enclosed area of Famagusta the Turkish Housing Agency and the Iconiou Municipality have directly undertaken are characteristic. The intervention of Ankara in the Tatar era is now blatant everywhere.

The experience of the course of the Cyprus problem has dispelled some of the illusions that are being cultivated on the domestic front.

It is an illusion to believe that time is working in our favour.

It is an illusion to consider that the status quo is a stable and unchanging situation.

It is an illusion that the present situation creates a sense of security and certainty.

It is an illusion to believe that we have more than one option (bizonal, bicommunal federation) before us to solve the Cyprus problem.

There is only one option before us and it is the one we have agreed with the Turkish Cypriot community in 1977 and which has subsequently been reaffirmed several times since then. It is the solution of bicommunal, bizonal federation with political equality as outlined in the resolutions of the UN.

At Crans Montana we came on the brink and so close to a solution of the Cyprus problem. Who is responsible for the failure is something that has been the subject of much debate. What we take away from this whole discussion is the fact that in the Report the Secretary General of the UN Mr. Guterres submitted he puts the blame on both sides. Furthermore, we point out that the Greek Cypriot negotiator Mr. Mavroyiannis has publicly admitted that the Greek Cypriot side have a credibility problem and that our narrative/version of events is not convincing the international community.

Four years after the Crans Montana conference, the stalemate and absence of any negotiations on the Cyprus problem are bringing the permanent partition of Cyprus ever closer. To break the deadlock, it is not enough to denounce the occupation and the unacceptable attitude of Turkey and the Turkish Cypriot leadership, which we must without any doubt do.

We need a coherent policy with concrete initiatives that will either bring the Turkish side back to the negotiating table or expose its intransigence.

Firstly, our insistence on a solution of a bicommunal, bizonal federation with political equality, as set out in the relevant resolutions of the UN Security Council.

Secondly, a focus and consistency to the position of continuing the talks from where they had remained at Crans Montana and the reaffirmation of the convergences that have been reached.

Thirdly, negotiation on the Framework tabled by the Secretary General of the UN and the expression of a readiness to submit bridging proposals with a view to reaching a speedy strategic agreement.

Natural gas is identified in the UN Secretary-General’s Reports as a factor that can give a momentum to the procedure. That is precisely why AKEL is adamant that President Anastasiades must use it as an incentive for the Turkish side to discuss in a constructive manner. For that reason, we have submitted a specific proposal to Mr. Anastasiades, which in no way violates the Greek Cypriot side’s “red lines”.

The President of the Republic’s claim that he is being asked to make concessions without anything in exchange, and indeed before the resumption of talks, is unfounded and baseless. On the contrary, the Turkish Cypriot side gets nothing unless we reach a strategic understanding and Turkey gets nothing before unless we arrive at a comprehensive solution of the Cyprus problem. We are not just asking for an exchange, we are asking for THE exchange.

AKEL’s criticism of Mr. Anastasiades does not stem from anything other than our anxiety to save Cyprus, to prevent the nightmare scenario of partition, which will represent a permanent source of danger and insecurity.