Home  |  News   |  Statements by the General Secretary of the C.C. of AKEL Stefanos Stefanou on his contacts in the European Parliament 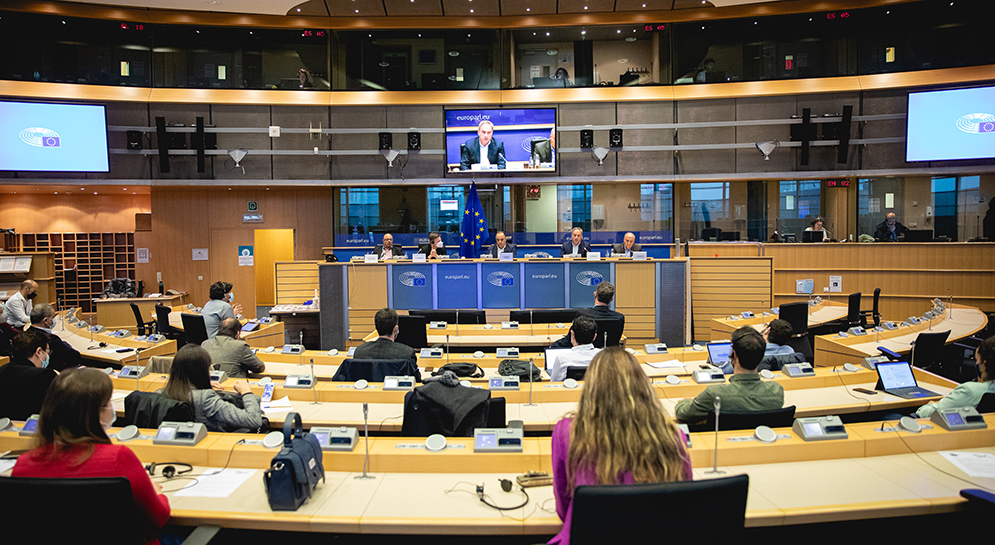 Statements by the General Secretary of the C.C. of AKEL Stefanos Stefanou on his contacts in the European Parliament

AKEL is continuing a tradition it has established for several years. Once or twice a year it organises a debate in the European Parliament with the help of the Left Group on issues concerning Cyprus and more specifically surrounding the Cyprus problem.

This time, after a two-year spell, we had the opportunity through the debate we have held to brief, both in person and via the Internet, about the developments on the Cyprus problem, which unfortunately have not been positive for the last four years. Especially after the failure of the Crans Montana Conference on Cyprus and the deadlock that has emerged, with Turkey using this deadlock as an instrument and imposing new fait accompli that are aggravating the efforts to solve the Cyprus problem.

We briefed about AKEL’s views on how we can address this difficult situation and how we can create a momentum that will lead to the resumption of the negotiations from the point where they were interrupted at Crans Montana, preserving the convergences that have been recorded and negotiating on the Framework that has been submitted by the Secretary General of the UN, which includes six key issues on the Cyprus problem, which, if agreed through the negotiations, we will arrive at a strategic understanding on the Cyprus problem, which will in fact render the solution irreversible.

We will have the meeting with the Head of Mr. Borel’s Cabinet as part of our campaign to inform about developments on the Cyprus problem. Yesterday we met the President of the Socialists and Democrats Group and we will shortly have a meeting with the Co-Chairs of the Left Group in the European Parliament, with whom we organised this debate today. We will also have meetings with two Commissioners, Stella Kyriakidou and Margaritis Schinas.

If Mr. Anastasiades really does not want Turkish guarantees, then why did he reject the mechanism that abolished them?