Home  |  News   |  For 9 months AKEL has been submitting proposals, but the government is in denial 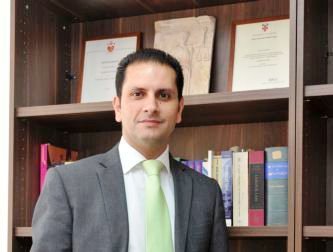 For 9 months AKEL has been submitting proposals, but the government is in denial

The AKEL MP pointed out that for the past nine months AKEL has been submitting proposals to confront price hikes/increases, but the government refuses to implement pro-people policies such as the proposal tabled to reduce the double fuel tax. Aristos Damianou underlined that the government refused to assert from the EU any exemptions from the regulations of the EU acquis, revealing that 7 member states have managed to secure reductions in excise duty. Indeed, the AKEL MP accused the government of being slow to act when it comes to asserting for the benefit of the many, but very willing to serve its cronies when it comes to a violation of the acquis for profit and wealth.

As far as AKEL’s proposal for ending double taxation on fuel is concerned, A.Damianou said that a huge fiscal cost isn’t created, stressing that the burden on society is greater. Furthermore, he noted that AKEL is tabling measures that alleviate the problems related to the purchasing power of households, the lower middle strata and the vulnerable groups of the population.

Aristos Damianou also said that AKEL will wait to see the government’s reaction to AKEL’s proposal submitted to the Parliamentary Trade Committee for the imposition of a cap on fuel.

Statement by the General Secretary of AKEL S.Stefanou following the meeting of the Parliamentary Finance Committee on the Bill Proposal for ending double taxation on fuel