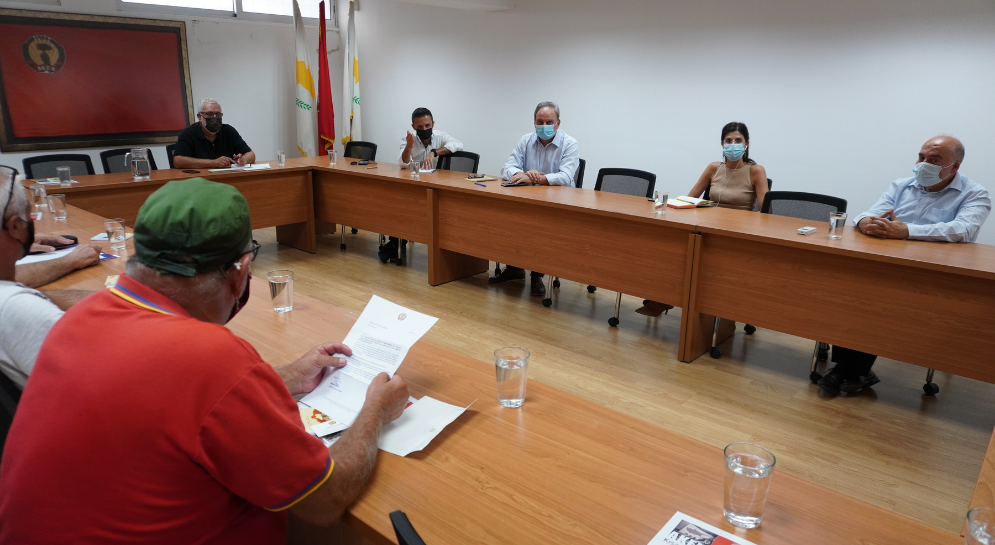 AKEL meeting with the Turkish Cypriot Platform “This Country is Ours”

AKEL held a meeting today with the Turkish Cypriot Platform “This Country is Ours”, which is made up of numerous progressive political parties, trade union organisations and other organisations/movements.

The meeting took place on the occasion of the invitation extended by AKEL to the Platform, but also to other Turkish Cypriot organisations and movements to support the upcoming march being organised on 3rd October under the title “We are marching for Solution and Reunification”.

Both sides expressed their common concern about the current developments surrounding the Cyprus problem and the necessity of joint action by both Greek Cypriots and Turkish Cypriots to reverse the negative climate and for the return to a productive dialogue for a federal solution in line with the relevant resolutions of the United Nations.

Speech by the General Secretary of the C.C. of AKEL S.Stefanou at the meeting with the Ambassadors of the Diplomatic Missions in Cyprus