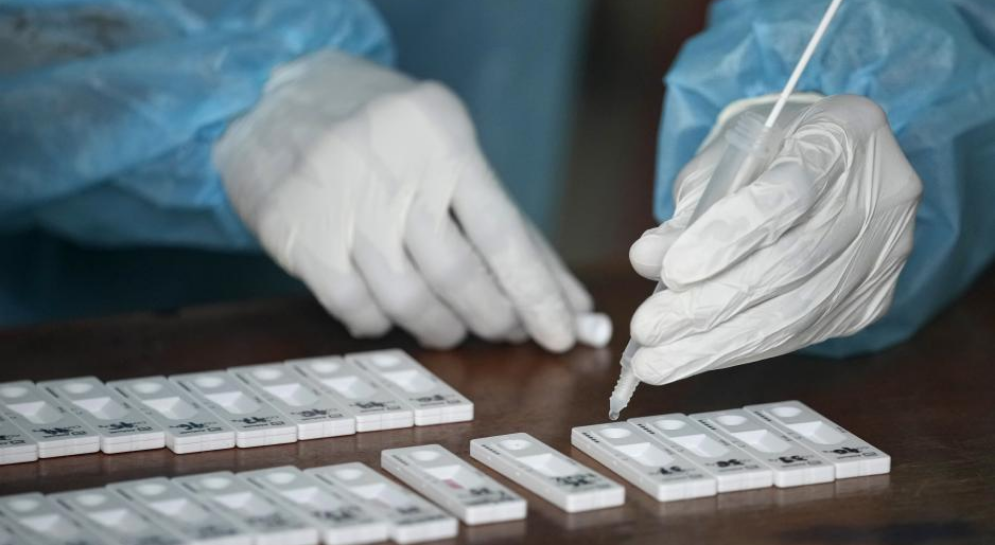 Statement by Marina Savva, member of the C.C. of AKEL

The World Health Organization (WHO) and the European Monitoring Centre in a joint statement called pointing out their prediction of an increase and more than doubling of the number of new cases over the next four weeks.

In view of the above, AKEL again calls on the government to revoke and reexamine its decision to abolish free rapid tests and to fall in line with the guideline issued by the WHO and the European Centre for Disease Prevention and Control.

This guideline complements a number of reasons why the Government is being called upon to suspend its decision. Working people and vulnerable groups of the population will not be able to cover the cost of rapid tests, while the abolition of their free-of-charge nature will remove from our arsenal a measure that can operate as a preventive measure to confront the spread of the pandemic.

The current epidemiological picture must make the Government reflect seriously about the effectiveness of the way it is handling the situation. The coercion it has resorted to on the issue of vaccinations is clearly not working, rather it is having the opposite effect, generating tension and polarization in society.

AKEL calls on the government to immediately elaborate a specific strategy on the issue of vaccinations, with the aim of persuading rather than coercing people, encouraging the involvement of personal and specialist doctors, identifying the concerns of those who chose not to be vaccinated and responding to them in a convincing and well-documented manner.

The most critical moments

Specific questions arise from the President's interview with ”Fileleftheros”